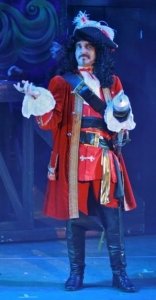 Established in 1986 the Theatre Company holds auditions to give the opportunity to Adults and Youths to be involved in a large scale theatrical production. Each show consists of over fifty company members.

Amongst many memorable productions the Karen Clarke Theatre Company (KCTC) staged a production of ‘Crazy for You’ in 2000, which received particular acclaim and an ‘Accolade of Excellence Award’ from the National Operatic and Dramatic Association (NODA).

The Company have not only performed at their usual venue, the Rhoda McGaw Theatre (Woking, Surrey), but also at the London Palladium, Her Majesty’s Theatre, London, and the New Victoria Theatre, Surrey, to name but a few.

The Theatre Company’s outlook is to produce shows for a new generation of people, and to create shows of all genres for all backgrounds.  The thoughts for the future are to expand its approach and to include people of ALL ages from the South East, and tour particular shows around the counties. 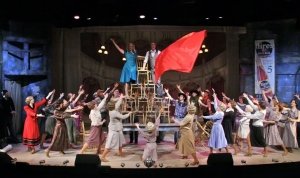 Crazy For You. Photo by Catherine Ferris.

Karen Clarke also holds workshops around the UK (using past members of the group who are now in the professional business) in all aspects of the theatre industry including stage management, set design, costumes, lighting and sound, thus extending the knowledge of theatre and reintroducing it with the new generation. 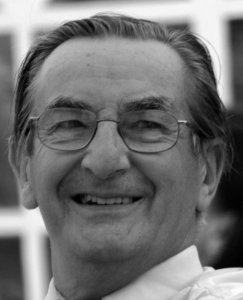 Don was the life and soul of every show, making sure that he would attend every performance he could. He loved musicals.  From as long as we can remember, musicals were all he would talk about, whenever any musical came on the television we all would have to watch it, usually the ones that made you cry at the end.  He brought the amazing world of music into our lives.  We all know that he has educated members of Karen Clarke, in every 30’s 40’s and 50’s film that existed.

When it came to Karen Clarke’s annual show, he would advise his daughter Tracey how the roles should be played.  He had a real passion for musicals, which he certainly has passed on to his children and grandchildren which they will pass again to their children.  Daily he would use quotes from many shows such as, ‘Carousel’, “You’ll never walk alone”, and ‘Singing in the Rain’, ‘Sound of Music’ and ‘42nd Street’, and many more.  He would use these quotes over dinner and in conversation, even up to his last words, the day he passed away with “Be Back Soon” from Oliver  His passion will carry through his daughter and granddaughters work within Karen Clarke and his soul will live on.